Posted on November 5, 2018 by Webmaster in News & Events | Comments Off on • Gia-Yen Luong: Creston Alumna wins a Rhodes Scholarship

5:30 pm, Friday 26 October.  It was hectic at the college – preparations for the End of Semester Formal Dinner…when we received this jubilant SMS from ‘Nobie’ (that’s Gia-Yen’s nickname at Creston)…”I won!!!”

Gia-Yen Loung was a resident at Creston College from 2012 until she finished her Law/Science degree in 2016.  At the ice-breaker activity of 0-week 2012, she introduced herself saying. “I’m Gia-Yen, from Adelaide. One day, I will win the Nobel Prize!”  Well, she won the nickname ‘Nobie’ then, and it seems just a matter of time for the Nobel Prize now that she has won the Rhodes Scholarship!

During the formalities of the End of Semester celebrations, we all raised our glasses to congratulate Nobie on a splendid achievement! 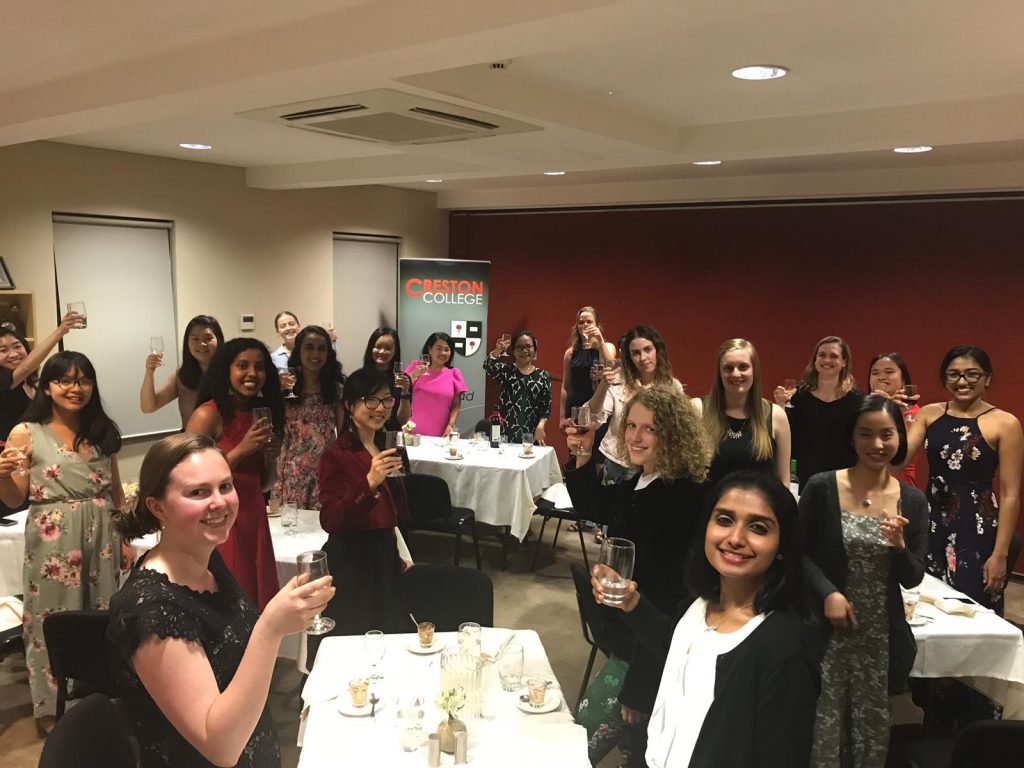